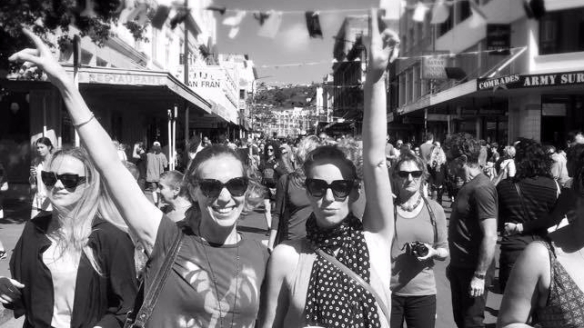 I was living in London when Facebook hit the world. A mate texted and asked if I’d heard of this site where you could sign up and make friends with people you already knew, but in an online-y way. I’d never been shy about jumping on a bandwagon so I promptly googled The Facebook. The now ubiquitous logo popped up on the screen with its blue banner and white lettering in a sinisterly bland sans-serif font. It asked me for my details so I happily provided them with all the innocence of a blindfolded fool entering into a portal of hell thinking its a trip off to the sauna. So far so good.
Once I was signed up I got asked by the site whether I wanted to connect with everyone in my Hotmail address book. I was a lower than average computer user and also at a point in my life where actions and consequences lived on different planets so I clicked the “sure, why the hell not!” option. The screen started spitting out messages that I’d invited roughly 175 people in my 10-year-old Hotmail account to be my friend on The Facebook. These included old bosses, prospective bosses that didn’t hire me, family, close friends, random friends, old boyfriends, the lot really. I did a panicky, hit the keypad to abort the mission type manoeuvre, usually only seen on tv shows like the IT Crowd. When that didn’t work I sat, looking at the screen………waiting……… for…….something. After about three or four minutes I heard a ping (or whatever noise Facebook used in 2007), and then a ‘notification’ popped up telling me that I was now ‘friends’ with Sarah Bartlett. Holy shit! I’d known her since the day she was born but this was notable, momentous even, she was my first Facebook (FB) Friend.

I fairly quickly managed to collect a few dozen friends that consisted of the people I spoke to most days or weeks anyway. The majority of the contacts I’d carpet-bomb invited either weren’t on FB or just ignored me. This was a temporary blip in my shiny new social media existence, as I quickly discovered that life was providing me with daily opportunities to snatch and grab new FB friends.
Colleagues at work were easy prey. It’s hard to decline an invitation from someone who sits next to you 40 hours a week and knows you snogged Mike, the annoying-as-fuck guy in sales. Then I moved on to friends of friends that I came across in the pub and randoms I met out partying. It still amazes me how quickly “find me on FB” became entrenched in the social vernacular. It didn’t take long till I had amassed a few hundred friends and I could easily spend an hour or more, scrolling through the lives of others, clicking on their photo’s, seeing who they were friends with. Back in those days, all status updates were prefixed with ‘is’, so precious time was spent thinking up snappy little one-liners that began with ‘Emma Bartlett is’. In retrospect, all these “heeeeeeeey’s’, to my online community were conspicuously insignificant in their quest for authenticity.

For a solid three to four years FB and I had a fairly democratic relationship. I didn’t have a smartphone so my visits were limited to surreptitious checks at work and at home on my ancient PC laptop that took about ten minutes everytime it refreshed the feed. I really enjoyed (and still do) the way the site gave me instantaneous access to family and friends back in NZ. Before FB my contact with home had been patchy because of the timezone and my chaotic lifestyle. So being able to chat with my family and check out each other’s photo albums was pretty cool. Although there was a lot of damage control those first few years as I was often tagged in photos that made me look like a drunken demented spaniel. But the pissed pics aside, I recall those early halcyon days of FB as a gentler time. Social media hadn’t become an institutionalised framework for living, the constructions of our digital sociality were mostly restricted to ‘liking’ people’s posts and commenting on friends pages.

I think the worm turned for me when I got an iPhone. It was 2011 and the film job I had in Wellington required me to have a phone that I could access emails on. To Apple’s credit, that iPhone 4 was highly efficient at delivering emails to my inbox 24 hours a day. Yet like some creepy pandora’s box of digital misadventures, I also had unlimited access to other things……like Facebook. I’m pretty sure there’s a team at their headquarters in Silicon Valley dedicated to targeting people like me with happy trigger fingers and addictive personalities. FB became that place to visit any time there was a break in the action. Waiting for a phone call, hmmm wonder what’s happening on FB, sitting at the traffic lights, must check FB, out to dinner with mates, surely no one will notice if I just check my FB? The thing is, it was insidious rather than an overnight, BAM, you’re a total fucking FB junkie, so it took me a good few years to realise that my usage was problematic. This was helped along by the fact that a number of friends said to me, the amount of time you spend on your phone is pathological.
While I was using it for work it was easy to pass it all off as critically important deadliney stuff. But once I left that job and started university, the digital shit really hit the fan. I found I could spend hours, not even an exaggeration, looking at FB and other social media pages whilst putting off writing an assignment. Plus, FB had long given up the pretence that they just wanted to connect people, and were aggressively aiming for total world domination. So my feed was chocka full of items that the algorithms had carefully selected for me. News articles that I couldn’t stop myself from clicking on, videos of kittens, videos of puppies, videos of kittens and puppies, sponsored ads trying to sell me things that I’d just been googling for half an hour – oooooo, spooky. I usually had two or three conversations going on at any given time too, Messenger was another excellent blackhole of time wasting. Hours and hours were spent staring, clicking and writing on the site like some sort of psychopathic lemming. I’d turned into the ultimate FB consumer, a heavy user, chronic even, regularly deserving of the ‘End-User of the Week Award’, where the lucky person gets more crap videos piped through to their feed.

I wish I could say this story was heading into a climactic arc with a redemptive conclusion. Where the protagonist learns the error of her ways and dramatically deletes her FB account and hurls her phone into the sea. I don’t live in a movie though, despite my best attempts at it. But there has been a medium sized dent in my usage as I’ve finally taken the plunge and deleted the app from my phone. At first, I was fairly certain that I’d break through my self-enforced ban at the first whiff of downtime and just log in via the internet. Yet it’s been three weeks now and it hasn’t happened.
This is a progress of sorts although it hasn’t curtailed my visits to the site when I’m on my laptop. But by uncoupling (consciously?) my phone from Facebook I feel like I’ve wrested some of my life back from Mr Zuckerburg and his band of merry henchmen.
Although Instagram is pretty enticing these days….

P.S. One thing I will say about Facebook is that it’s allowed me to create conversations with others who feel the way I do about social and political issues. I know this is not the same for everyone but I think it’s important to get into discussions on social media about things that impact society. Although like everything to do with FB, there are downsides to this paradigm, as I’ve created my own echo chamber and have very few online friends who don’t share my political ideologies. And people also get really fucking angry about stuff. But this is all discussion for another blog post methinks.