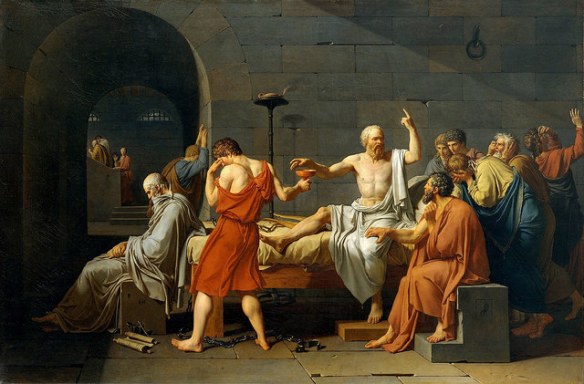 I decided last minute to go to the book launch of the 9th Floor, the RNZ podcast interview series that aired earlier this year. In the interviews, Guyon Espiner talked to five past prime ministers about their time in the leader’s seat. Palmer, Moore, Bolger, Shipley and Clark. I listened to all of the episodes when they came out and was pretty blown away by how much I still didn’t know about NZ politics. I wasn’t overly surprised by whose politics I still agreed with and the ones that I didn’t. Although I found myself nodding my head while listening to Bolger a couple of times, as he reflected on the mistakes his government had made.

So at the launch last night, all the ex-PMs bar Moore showed up for a semi informal Q&A with Tim Watkins and Guyon. The whole thing was bloody great. I found myself mentally labelling them like Brian at the end of The Breakfast Club. The nation’s sweetheart, the cynic, the well-intentioned know-it-all, and the bullshit artist. I’ll leave you to figure out who is who. What I really dug about the event was that the audience got to hear genuine (mostly), accounts from these four people about how they saw things when they were in power. Don’t get me wrong I don’t think this excuses shit like the mother of all budgets, or the gradual but relentless decline in state spending on crucial areas of our society including health, education and state housing. And this has happened across the board under both National and Labour governments. But I did walk away from the talk with the impression that fundamentally none of them are inherently evil.

Until recently I’ve spent my whole life squinting at the fine print of politics, not really taking any of it in as it felt too complex. This all changed when I started uni at the beginning of 2015. I’ve been doing a bachelor of communications with the intent to come out the other end (soon!) with the skills under my belt for a successful comms career. Yet what has TOTALLY fired my engines over the last three years has been the critical theory papers that I’ve taken through the English and Media school. In particular, things like the State and its relationship with society, the commercialisation of the media, and the devastating effects of global neoliberal politics in NZ, and around the world. There have been numerous occasions where I’ve found myself sitting in lecture theatres listening to information that has literally blown my mind. And this has prompted me to google the shit out of stuff in my spare time (when I should be writing assignments), to find out more. Here’s a little example.

1984 was a big year in my house when we were growing up. I remember being at a neighbours house when Lange’s government got in and all the adults were whooping and bouncing off the walls with relieved glee. All my life I’ve held David Lange up as this left wing hero, the nuclear free policy, his empathic politics and his brilliant witty debating style. Then, early on in my degree, I found out that the Lange government was also responsible for Rogernomics aka neoliberal economics. That these controversial economic reforms essentially destabilised the party and, more importantly, basically fucked the country for the decades to come. In my opinion. Of course, it’s not as simple as that but still, I was pretty bloody stunned.

This is why gradually over the last couple of years, I have made it my business to start learning more about how our country is governed. It’s not good enough anymore just to say that I’m staunchly left wing, I want to be able to articulate my reasons for this. When asked. Plus it is SO interesting. All that house of cards shit.

So listening to the ex-leaders give their viewpoints at the launch was interesting and illuminating. It reinforced for me that while it won’t alter my opinions on how much I disagree with most right wing politics, I can also practice tolerance when listening to people who don’t share my ideologies. And learn something in the process.

Here’s a link to the podcasts.
If you want to read a really interesting piece on NZ journalism, politics, and the public sphere, give this a hoon. Hope_public sphere_Aotearoa (2012).